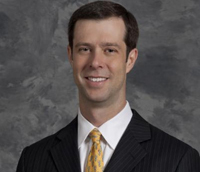 Mr. Butz joins the Company from Hercules Offshore, Inc., where for the past nine years he has served in various corporate development, treasury and finance functions, most recently as Executive Vice President and Chief Financial Officer. Mr. Butz also has more than 10 years' experience in commercial and investment banking.

Tom Burke, President and Chief Executive Officer, commented, "I am so pleased that Stephen will be joining Rowan. I believe his keen industry knowledge and vast experience will be instrumental as we complete our drillship newbuild program and consider our future capital allocation options. I am confident Stephen will quickly become a valued member of the Rowan team."

Mr. Butz will take over from Kevin Bartol, whose resignation was previously announced and is effective as of November 30, 2014.