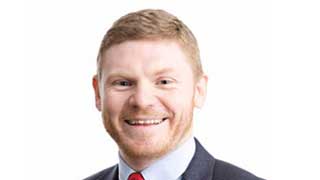 NOF Energy, the energy industry business development organisation, has appointed Richard Turner from JDR Cables to its board. Richard, who is Chief Operating Officer at the Hartlepool-based offshore cable manufacturer, brings extensive knowledge and expertise to the board from the renewables and oil & gas markets.

JDR Cables, which is a member of NOF Energy, operates in global markets as a manufacturer of high performance subsea umbilicals and power cables, which are capable of operating in the world’s harshest offshore environments.

Richard has been integral to the company’s continued growth and commitment to investment, which includes the development of a new wing at its Hartlepool facility, which will house some of the world’s largest and highest capacity cable and umbilical manufacturing equipment.

NOF Energy’s board, which is made up of 13 prominent industry professionals from the energy sector supply chain, works to inform and direct the organisation’s strategy.

Providing a suite of services for its network of 500 members that help identify new business opportunities in the UK and around the world, NOF Energy also delivers industry intelligence and hosts an extensive calendar of networking events and briefings.

Richard Turner said: “I am very pleased to be invited to join the board of NOF Energy. It is a very proactive organisation that consistently supports the business development ambitions of its members. The broad expertise and experience of the board is invaluable to assisting the development of NOF Energy’s offering, particularly in the current evolving industry environment.”

George Rafferty, Chief Executive of NOF Energy, said: “Richard is a welcome addition to the NOF Energy board. His insight into the challenges and opportunities that face the energy supply chain will be of particular benefit.

“The role of the board has never been more important as NOF Energy evolves its offering to meet the changing landscape of the global energy industry. The support and guidance the board gives to the management team enables us to provide our members with effective services across a range of energy markets.”