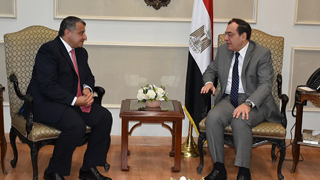 During the meeting, they discussed the company’s work programs in the Western Desert and fast tracking production from the BTE-2 discovery as soon as possible alongside with intensifying exploration activities in new areas in light of increased possibilities of producing more oil and gas in that promising area, considered an investment attracting area. Shell plans to increase production from the Western Desert as well as from deep layers in Rashid area in the Mediterranean.

The Minister clarified that Shell has recently acquired concession rights in North Om Baraka area in the Western Desert in the latest EGPC Bid-Round, and the agreement will be presented to the Parliament for the necessary procedures needed for signing the agreement.